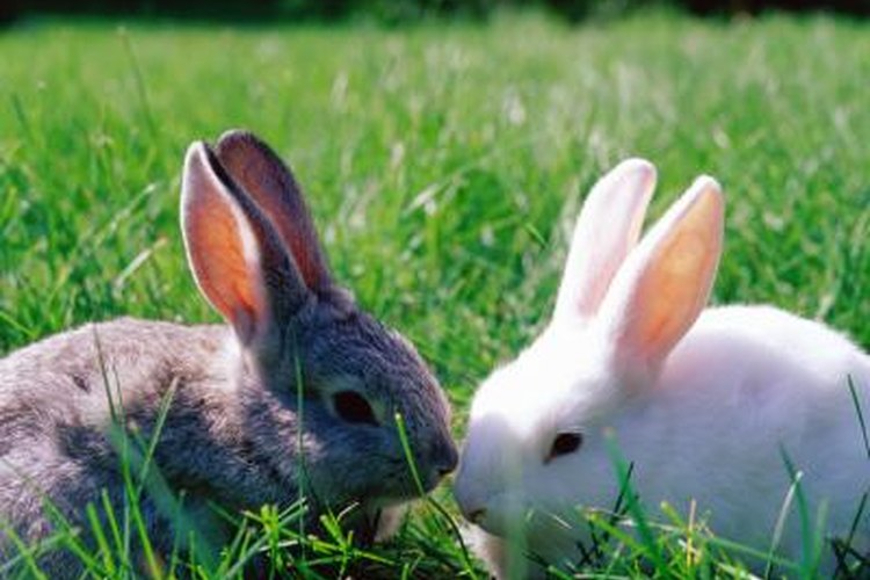 Rabbit farming or cuniculture has seen considerable growth in the last few years. This is because of the increasing demand and ease of investment. Rabbit farming is one of the most profitable and enjoyable livestock farming. They are primarily used for wool and meat. Rabbit meat is white meat rich in polyunsaturated fatty acids (PUFA) and has high demand in the market. They are also the best wool producers per kilogram body weight and can produce 6-8 times warmer wool than contemporary sheep. Along with this, they breed up to eight times a year. This all adds to the best profit mantra – “small investments and quick returns”.

Although, like any livestock enterprise, certain aspects must be followed or taken care of to produce a desirable profit. One of them is the feeding method. Indeed, rabbits do not require much attention or selectivity in feeding, but there are still some things to keep in mind. Feeding a rabbit after birth is one such thing. A mother rabbit will be exhausted after giving birth. So it is important to have abundant nutrients to keep her healthy. Also, a lack of knowledge of the type and quantity of nutrients required can affect the mother’s and newborns’ health and well-being. This is because rabbits are known to eat their newborns due to a lack of nutrients and stress factors associated with giving birth. Thus there are certain things to ensure a healthy mother and offspring.

A lot of water birthing for mammals is a very stressful phenomenon. Females go through a lot of stress and pain and lose energy. They also get dehydrated in the process. Thus a mother who has given birth should have access to a lot of water since her body is dehydrated. An adequate amount of water also helps the mother look after her offspring. It is also important to make sure that the water is clean because a rabbit, after giving birth, is in a very vulnerable state.

1.Including hay in their diet

Hay is one of the most important pastures for most livestock enterprises, and rabbit farming is no different. In fact, hay has more effect on rabbits than any other livestock. Even for male rabbits (or females with no offspring), hay provides great befits to their digestive system, and the chewy nature keeps their ever-growing teeth in an optimum condition.

For rabbits which give birth, hay can provide the required proteins and nutrients needed for the mother. Since hay is dried and removed from any water content, it is a concentrated source of nutrients. Due to this, the animal can absorb a large amount of vitamin A, B, C, calcium and phosphorous from it. Hay also maintains the intestine in a healthy condition and keeps them working to flush out any unwanted blockages. Also, it is to be kept in mind that large varieties of hay are available, each with its benefits. For example, hay produced from younger plants is generally more digestible than the older ones but has less fibre content than the older plants. The choice of hay must depend upon the nutrient requirement and the palatability of the feed.

Even though hay is the primary and important diet for mother rabbits, they can also be given vegetables. One should take out most care while selecting and be rotated regularly. Experts generally prefer pesticide-free organic vegetables and should be given after scrubbing and washing.

Leafy greens with oxalic acid content should be fed in rotation since too much oxalic acid is harmful to the mother’s health. Some examples of these are given below.

This group consists of a large number of leafy greens. These also should be fed in rotation at lesser intervals than those with oxalic acid content. Some examples are given below

Fruits can also be used as a source of nutrients for rabbits after giving birth. It is advised that fruits should only constitute less than 10 per cent of the animal’s total diet. Also, one should note that the fruits should be fresh, clean and free of pesticides. It is always better to keep the fruits unpeeled unless necessary.

Some of the most commonly used fruits are given below.

Feeding fruits should be limited, and hay should be given more preference. It is also important to note that dried fruits have a more concentrated nutrient content and should be given accordingly as compared to others. Watery fruits should also be regulated since the excess amount can trigger diarrhoea. Also, seeds, pints and parts that are more likely to cause choking should be eliminated.

On a general note, when feeding vegetables and fruits, they should be fresh, and residuals must be eliminated. It is okay to keep them refrigerated to keep them fresh, but it is not advised to feed the mothers directly out of the refrigerator. All feed should be fed at room temperature.

Conclusion Rabbits, after giving birth, can take care of their offspring, given they have an abundance of water and adequate nutrients. Feeding a mother rabbit with fruits is more efficient and balanced when it is given as salads. Following all these aspects and keeping the environment clean can help one raise a healthy mother and offspring.

Importance of dairy products in our diet
Advertisement