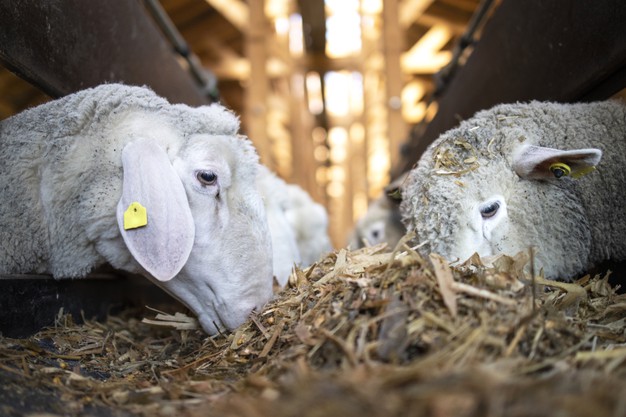 The demand for meat and other animal products is increasing globally. Change in our lifestyle, change in
the pattern of meat consumption, increase in population and income growth are the major factors for
this rise. The increase in demand for animal products led to an increase in demand for animal feed
materials.
Protein is a key ingredient of animal feed. This nutrient is highly essential for animal growth,
maintenance of their body and for the production of milk, eggs etc. In traditional farming methods, the
farmers depended on local plants and crops as a protein source to feed their animals. But today, as the
demand for animal products increased, nutrition requirements have become much more demanding.
Researchers believe that there is no need to develop alternative sources of protein as the existing
sources will be enough to feed livestock. However, the growing population and demand for feed supply
are likely to do new experiments on finding protein sources for animal feed.

Sources of protein for animal feed

There are several possible sources of protein for livestock rations. The major among them are as follows:

Soybean meals remain the main source of protein for animal feed. It contains more than 40 per cent of
protein and continues to be the most common protein source for all compound feeds for poultry, pigs
and dairy cattle. Farmers also use this feed as a source of metabolizable energy.
There has been an increase in global soybean production in the past few years. Over half of the crop is
now genetically modified. Utilizing protein from vegetable sources like soybean is currently very
successful in terms of animal feed production. Further exploitation of soybean genetics may increase the
utilization of this feed material.

There are several species of edible insects which serve as a main source of protein. The mass production
of insects, such as worms requires less land than conventional agriculture. Most suitable insects for the
purposes of animal feeding include mealworms.
A study of 78 species of edible insects from Mexico shows us that essential amino acid content scores
ranged between 46% to 96%; which is greater than the 40% of total amino acid content specified by the
Food Administration Organization for food of high nutritional quality.
Edible insects are also typically high in fat and important minerals such as potassium, calcium and
magnesium. A typical house fly larvae meal has about 37.5 – 63.1 % protein which is comparable to
high-quality fish meal.

Most of the oilseed crops produce a by-product in the form of a cake or a meal, which can serve a good
quality protein source for livestock. Pig and poultry farming units are in need of quality feed such as
oilseed meal.

The most common crops that provide animal feed in the form of oilseed cake include soy, groundnut,
coconut, cottonseed and canola. Canola, oilseed rape meal provides a good protein source (430-450
g/kg crude protein – dehulled) with a greater balance of essential amino acids. Sunflower meal also has
high protein content, but due to the high fibre content of the seed husks, it has to be dehulled to
achieve a 400 g/kg crude protein.

Legumes are crops that we grow primarily for human consumption and as a forage crop. Their
production can provide a range of benefits for feed manufacturers. Leguminous crops like peas, beans
and lupins serve as a good source of protein for animal feed. Lucerne is another high protein legume
which we can use as a feed for livestock.
.
We can utilize both seeds and leaves of legumes to feed animals. However, the seeds are more
important than the leaf. The dry field peas contain greater levels of protein (approximately 24.5 % CP).
They are nutrient-dense livestock feed for both ruminants and non-ruminants.

Many by-products of food products which contain high protein serve as food for the livestock. The most
common among them are brewers’ grain and maize gluten meal.
Brewers’ grain is a by-product of the non-alcoholic malting industry. Maize gluten meal which tends to
have 600 to 700 g/kg crude protein is a product of the maize fractionation process.
Critical expansions in worldwide interest for animals’ items will clearly require expanding measures of
feed protein supplies and sources. The choices should be constantly explored. There would appear to be
solid justification for innovative work interest into various promising new sources.