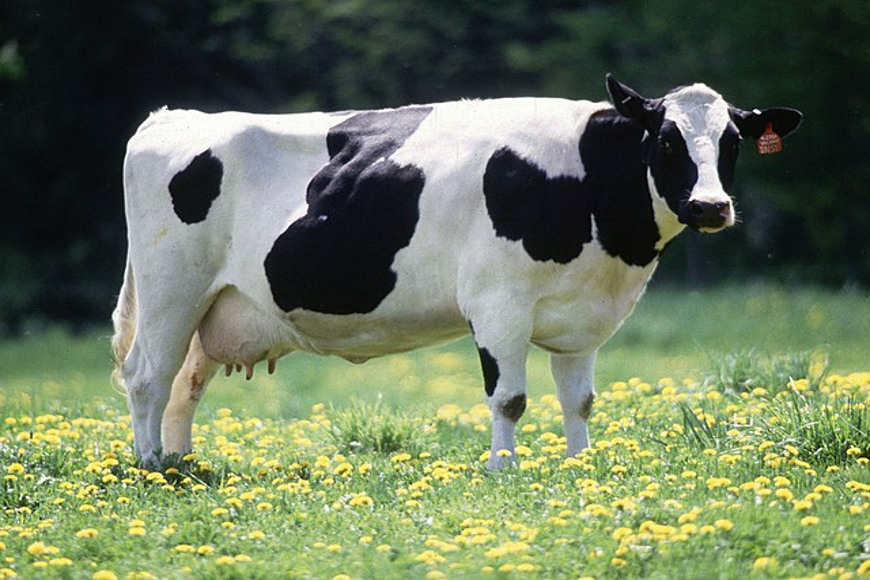 Vechur is a dwarf cattle breed which is recognized as one of the smallest cattle breeds in the world. They have an average length of 124 cm and a height of 87 cm. They got the name from their place of origin, Vechur, a small village by the Vembanad lake in the Kottayam district of Kerala. However, the breeding tracts of these cows can be found in Alappuzha, Kottayam, Pathanamthitta and Kasargode districts of Kerala. They are generally black, brown or red in colour and are known for the quality of their milk. Vechur cows are adapted to the hot and humid climate of Kerala and are one of the largest producers of milk considering other dwarf breeds. They can produce an average of three litres of milk a day with very little feed, maintenance and care when compared. Although the introduction of cross-breeding in the 80s has pushed the breed to near extinction, efforts by conservation trusts and farmers have saved the breed from extinction. In the present day, the milk of Vechur cows is also known for its medicinal and therapeutic value in the market.

Beta casein is a milk protein that is known to prevent diabetes, atherosclerosis, heart disease, sudden infant death syndrome (SIDS) and autism. Recent studies have found that the presence of beta-casein A2 is higher in vechur cows’ milk than other milk-yielding breeds like Jersey, Brown Swiss and Holstein- Friesian.

Among the 12 varieties of beta-casein generally found in milk, the variants A1 and A2 are of great importance when assessing the quality. Beta casein A1 is known to trigger diseases like diabetes and SIDS while beta-casein A2 is good for health. The beta-casein A1 is also known to cause digestive and inflammatory issues in the gastrointestinal system while the A2 variant didn’t cause any problem both in lactose tolerant and intolerant people. Also, the calcium content in the A1 varieties showed imbalance and cause magnesium deficiency while the A2 varient had no such problems.

Although the cross breed cows in India are beneficial in producing more milk, their milk generally contains a higher percentage of beta-casein A1 proteins that is harmful to humans.

The milk composition in vechur cows also varies from other breeds, making it medicinally important. The difference is mainly in the size of the fat globules and saturated fatty acids.

Vechur cows are known to produce milk that has a higher percentage of fat content and Solid non-fat (SNF) content than other breeds. Another important aspect of the vechur cow’s milk is the considerably smaller fat globules than other cross breeds. The smaller size of fat globules means that they have larger phospholipid content as compared to others due to their larger surface area. This increased phospholipid content itself has many medicinal values. Phospholipids play an important role in brain and nerve tissue development and it also helps in the absorption of fat.

The ghee made from vechur cow’s milk also has a great market value due to its medicinal properties. The health benefits of vechur cow ghee include nutrition, hormonal balance and improved digestion. The vechur cow ghee is also known to lower the amount of bad cholesterol (LDL) in the body while at the same time increasing the amount of good cholesterol (HDL). It is also said to lubricate the intestines which make digestion easy. Vechur ghee is also known to be fed to children to improve their memory power as the presence of phospholipids is associated with brain and nerve tissue development.

Thus it is evident that even though the amount of milk vechur cows can produce is low as compared to other crossbreeds, they are capable of producing milk which has great medicinal and therapeutic values like prevention of SIDS, heart diseases, diabetes, autism, atherosclerosis and helps in good digestion, hormonal balance and development of brain and nerve tissues and a lot more.