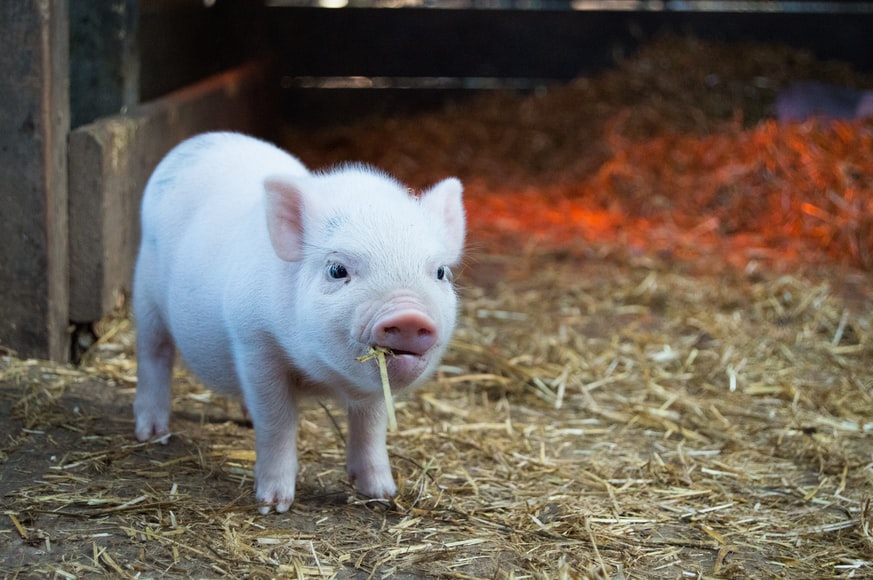 Pig ghee or lard is the fat obtained from pigs. It is a white coloured semi-solid substance, mainly
used for cooking and baking purposes. Lard is made by rendering fat from various parts that
have fatty tissue. The fat is rendered by steaming, boiling or dry heating.
In the rendering process, the fatty parts are first cooked slowly until the fat is melted. This
melted fat is then wholly separated from the meat and then cooled. Once it is cooled, the
substance turns into a semi-solid form. If adequately rendered, the lard can be nearly tasteless
and odorless.
It can be a healthy choice to add lard to your meals and consume it in moderation, as it is free
from trans-fat and high in unsaturated fatty acids. Similar to butter or ghee, lard is used in
many cuisines as a shortening or spread.
Benefits of pig ghee:
● Lard is a great source of vitamin E and minerals. It also contains less cholesterol than an
equal amount of butter by weight.
● Lard can be used for multiple food operations such as baking, grilling, frying, sauteing etc. It
can also be used as a substitute for spreads such as butter.
● Lard is more affordable when compared to vegetable oils.
● Pig ghee is high in vitamin D. However, all lards do not have it at equal levels. The amount of
VItamin D in pig ghee depends on conditions like the diet consumed by the animal and how it
was raised.
● Lard is a good source of monounsaturated fats. This fat content present in lard helps to
lower our cholesterol levels and maintain a healthy heart. It is also good for the arteries, skin
and in regulating hormones.
● Lard comes in two forms; dry rendered and wet rendered. The wet rendered lard has a high
smoke point, which means it won’t oxidize at high temperatures and can be safely used for
frying, baking and other cooking purposes without getting burnt.
● The ghee made from pig doesn’t taste like pork, so people who don’t like the taste of pork
can also enjoy lard.
● Lard contains choline that helps to move cholesterol and very-low-density lipoproteins from
the liver.
The pig ghee is rich in nutrients and is more saturated than the fat obtained from beef or lamb.
According to a report from the BBC, pork fat is included in the top ten list of the world’s most
nutritious foods.
Since pork fat has a high healthy fat content, it is a great choice to shorten to make pastry and
other foods.