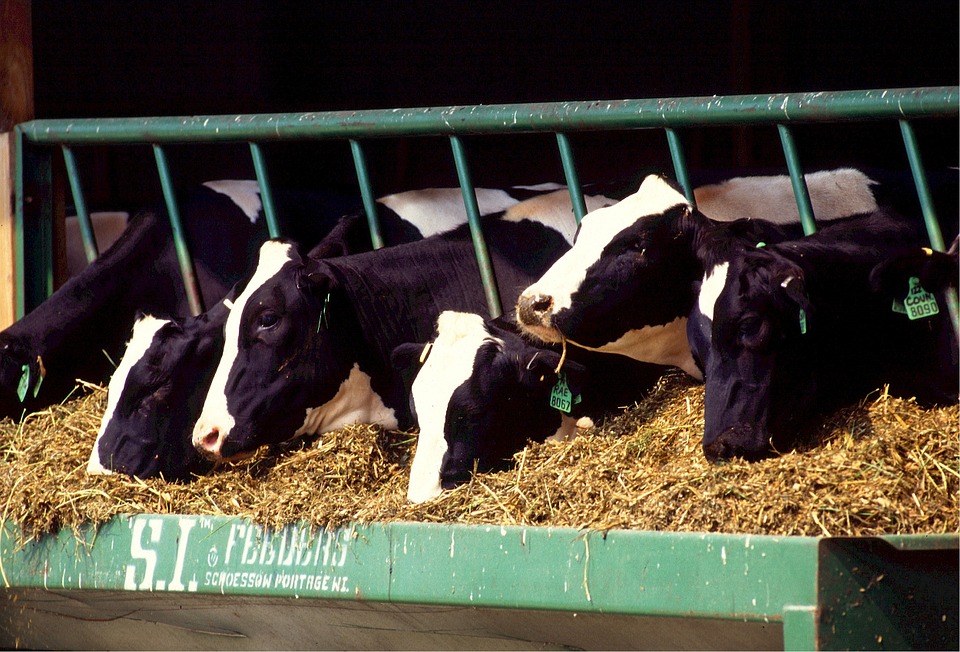 Cattle rearing as a business is soaring in India since it is something which can be started at a small scale and the chance of incurring a loss is low. Only one cow is enough to start the enterprise which will eventually grow into big merchandise.

India is a progressive nation and the present day cattleman is not the old uneducated villager but the a professionally qualified youngster who has resigned his nine to five job to find solace among livestock. Since the cattleman is educated, he is capable of looking after his cattle in the best possible ways providing the feed which suits the calf’s requirement. The knowledge of the cattle feed is quintessential to breed a high yielding cattle.

The prominent cattle feed comprises hay, fresh grass, barley, millets, kale etc. Lots and lots of water has to be provided from time to time to keep them hydrated since cows tend to be dehydrated soon. Loads of Alfalfa and Bermuda grass is included in the diet of cattle. It is essential to be equipped with the knowledge of feed to be given in a particular season to protect the cattle from seasonal diseases. Silage is fodder which is fermented and stored for the winters to feed the cattle. It has a high moisture content. The companies manufacturing commercial feeds for the cattle are also creating customised food for cows who need more nutrition.

A diligent cattleman very well knows that it is essential to supplement a cow’s diet to reduce the chances of deficiency resulting due to a lesser intake of necessary minerals and vitamins.

Once the calf is born, it is best to feed the initial milk called colostrum for at least three subsequent days and later on, feed only the mothers milk for seven days.

The milk replacer is introduced at this stage to start the process of weaning. It is mixed with water and fed as skimmed milk. It is necessary to serve this particular feed at the appropriate temperature of which is 100F for the calf to avoid any digestive problem.

Slowly nutritive cattle starter feed is introduced which consists of grains, soy, corn, beans, proteins, agro-industrial by-products, minerals and vitamins. These help the calf in its growth and weaning. After a calf turns six months, the starter kit is replaced with calf growth meal which consists of a high amount crude fat and proteins. By this time the calf is weaned, and the amount of proteins required for growth has to be fetched from the supplements. A progressive nutrition cattleman understands the growing digestive system of the calf and feeds the appropriate quantity of food needed at this time.

The pregnant cows and buffaloes are provided with a more nutritious feed which includes dry straw, green fodder, and also the proper commercial feed consisting the vital nutrients such as proteins,minerals and vitamins. Sprouted grains and legumes are used in the commercial feeds to accentuate the needs of the growing fetus and the mother.

The lactating cows burn a lot of energy in producing milk for their offspring. Cattlemen add extra minerals and vitamins in their diet to compensate for the same. Oats, rice and wheat bran, groundnut cake, beans etc. are fed to the lactating cows for high yield. The commercial feeds for the lactating cows also comprise of high-quality protein mixes.

The modern-day cattleman is the one who understands the importance of a feed which is full of nutrition. Cows are excellent sources of merchandise where not only the milk but cow dung and even the hides after death can be used to make a good amount of money. Milk is commonly known as healthy and balanced food hence the demand never dies. Milk along with milk products like curd, cheese, paneer, butter and ghee are sold at a cattle farm. The cow dung is used as manure and also a source of energy. The government is providing subsidies for the green energy utilisation. The skin is sold at high prices to companies manufacturing leather products. All this is only possible if the cattleman is aware of the fact that fresh cattle feed and food supplements available in the market should be equally incorporated in the diet of cows to maintain their health which subsequently leads the way to a successful livestock farming.

Five techniques to lower the cost of your cattle feeds.
Advertisement