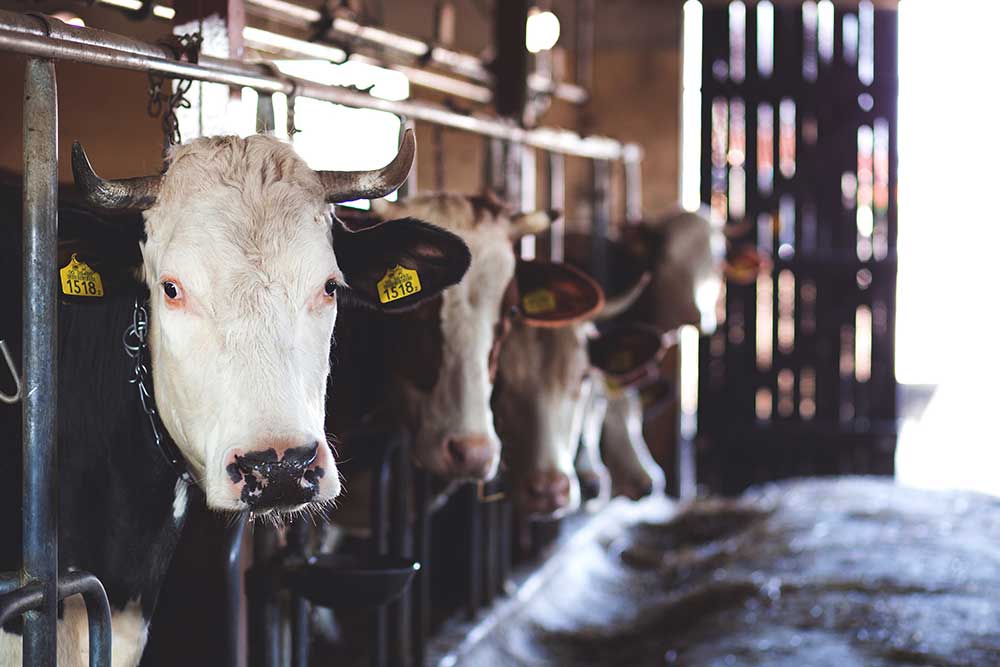 Whether you already have a cattle farm or are planning to start one, it is wise to equip yourself with knowledge regarding your herd. Like humans, your cattle also can fall ill and show symptoms of the same. If your expertise regarding cattle diseases such as anaplasmosis, milk fever or worms is negligible, it will become difficult to treat them on time.

Here is detailed information regarding the most common cattle diseases and their treatments.

Causes of babesiosis in cattle

It is also known a tick fever as they are the ones that transmit this disease into your cattle. An engorging female tick can pick this infection and pass it to its eggs which when turning into larva, send it to the animal they feed.

Symptoms of babesiosis in cattle

Your animal can show the following signs when suffering from babesiosis.

Treatments for babesiosis in cattle are successful if the disease is diagnosed early. For some

mild cases, medications are not needed, and others may get well with an antiparasitic drug. Some extreme cases may require blood transfusion and therapy.

Anaplasmosis is a bacteria borne disease caused by Anaplasma marginale and anaplasma central. It affects the red blood cells of the cattle.

Anaplasmosis can be treated with injectable

oxytetracyclines. Here also you can save the animal with early detection of the disease. Animals that recover from anaplasmosis will become carriers of the disease and may also spread it to others in the herd. But, they also build immunity and will rarely have an outbreak again.

Causes of Theileria in cattle

Theileria is also a disease transmitted by ticks. Cattle get groped with these diseases when the infected species of Theileria, which is a blood-borne parasite. It can cause anaemia in cattle and sometimes be fatal.

Keeping a close eye on your animals is the best way to treat this disease at its early stage. A few drugs such as buparvaquone (BPQ) have been found effective against the parasite. Your veterinary doctor can suggest the apt treatment to save your herd.

Causes for mastitis in cattle

Mastitis is a prevalent disease in both humans and animals. Stress, physical injury or infection from bacteria or other microorganisms can be a cause for mastitis in cattle.

Symptoms of mastitis in cattle

Treatments for mastitis in cattle

Drugs such as sulphonamides, penicillin, streptomycin etc. are now being used to treat the disease and proved highly effective. But complete recovery is possible only if the infection is recent and has been diagnosed early.

Causes of milk fever in cattle

The decreased level of ionized calcium in tissue fluids of the cow is the primary cause of the disease. It is mostly associated with heavy milking cows.

The affected cow is treated with 500 ml of 23 per cent calcium gluconate IV. This is followed by the administration of 2 oral calcium bolus.

Causes of gas trouble in cattle

The consumption of green legumes can cause bloating in cattle. Especially clover, Lucerne, rye that id high in soluble protein tend to create severe bloats for the cattle.

Symptoms of gas trouble in cattle

Treatment for gas trouble in cattle

Veterinarians suggest a stomach tube be the best treatment for gas trouble in animals. When it doesn’t work, they use a trochar and cannula into the rumen to relieve gas.

Causes of worms in cattle

Parasites enter the cow’s body through oral ingestion or skin penetration and multiply within the system creating ruckus in the anatomy.

Symptoms of worms in cattle

Treatment for worms in cattle

Rather than looking for the treatment of worms, it is wise to conduct cattle deworming from a tender age. In cattle, deworming is needed more frequently than any other animal. Hence, start early when the cattle is 3 to 4 months. Repeat the process every 3 months till 1 year to ensure that no alien creature able to destroy your herd can enter its body.

As you can see that most of the above diseases are the result of ticks and other microorganisms, here are a few tips to avoid these circumstances.

Diseases are common in a living being. But keeping a proper check on the animal and raising it in clean environments can help you save the herd from any deadly infection.

More in diseases and treatments